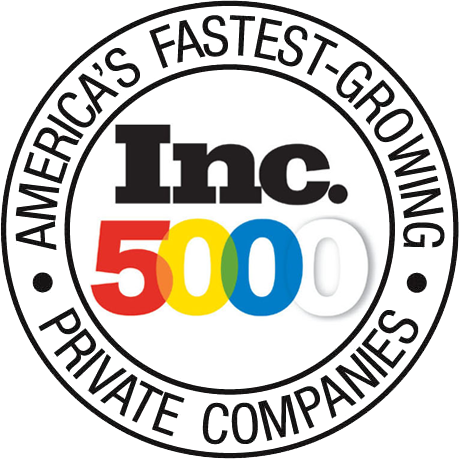 Kevins Worldwide® has earned a position on the Inc. 5000 list of the fastest growing private companies in America 3 years running.

We are currently ranked in the top 100 out of more than 20,000 companies in the Advertising Specialty industry. It is the mission of Kevins Worldwide® to provide excellence in quality, customer service and value beyond the expectations of our customers. We distinguish ourselves from our peers through creativity, refined production processes, details of execution and proactive philosophies. Our 85,000 square foot facility which houses our corporate offices is located in Scranton, PA.

Our strategy is simple:

Function more as a partner than a vendor. This means looking at our clients more holistically, more comprehensively, and not simply project to project. Whether we are working with our biggest client or our smallest, our team never loses their sense of urgency toward each client’s program. After the initial implementation, we continue working to refine each program model through service, marketing and inventory reviews. The overall program goal is to sustain profitable growth through operational excellence while maximizing return on investment.

Kevins Worldwide® has fostered relationships with select vendors who have proven to us that their goods meet our high standards of quality and workmanship. Our philosophy is to be proactive rather than reactive. With our programs and infrastructure in place, we are able to anticipate our clients’ needs. Continuous communication and our daily review of stock levels allow us to be up to date at all times and to be positioned to easily add or subtract from the product line as needed.

Kevins Worldwide® is at the forefront of technology and ecommerce.

Our IT department is able to create and maintain any type of custom internet catalog or custom web store that our clients require. Our web stores reflect our vast experience in the promotional products industry and the years of development invested in our solutions. We host and manage a breadth of stores, B2B and B2C, which include an extensive list of features. All web stores use a secure server with encryption to ensure confidentiality of all sensitive data between your computer and the web server. Personal information is collected solely for Kevins Worldwide® to use in communication and delivery of our products.

We look to save you money by making the process easier and limiting customer service challenges. Our account executives are always available to answer your questions and react quickly to solve any problems. The Kevins Worldwide® Team works tirelessly to provide concepts, strategies and solutions that will save you time and let you focus on your business.

Kevins Worldwide® is one of the largest distributors of promotional products and uniforms in the United States.

Kevins Worldwide® adds real value to companies and individuals who are interested using promotional products, ad specialties, premiums, uniforms and incentives for the purpose of generating revenues through customer awareness. Our unique approach involves understanding our customers’ needs and beating their expectations. Our business is all about building relationships and instilling confidence in our customers — confidence that what they need, when they need it, is what they get when they partner with Kevins Worldwide®. 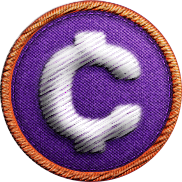 Kevins Worldwide® enjoys the reputation for being creative by coming up with solutions for our customers marketing dollars. Our experienced account executives will assist each customer with choosing products that offer the greatest value, scheduling the best time to place an order, combining orders for bulk pricing and planning a calendar of events for the year. We help our customers maximize their investment while taking the stress of the project off their hands.

Kevins Worldwide® has been selling promotional products for over 25 years. We are constantly challenging ourselves to learn from mistakes to improve our process so we can do what we do best — deliver what you expect when you expect it. Parts of our process include spec samples to our customer, quality controls to limit the number of mistakes and CRM controls to follow the process from the quote to the reorder. 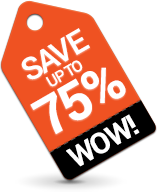 Nobody can consistently match the value we can offer. Through our vendor networking, we can offer our customers reduced pricing on all standard “out of the catalog” items. As one of the largest providers in the country, we can leverage our buying power to benefit our customers. We work on larger volume, tighter margins. We take large inventory positions of closeouts, giving our customers super values with savings up to 75%. Since all embroidery and screen printing is done on premises, we don’t need to mark up someone else’s work. All cost savings are passed to our customers.

In an industry with over 20,000 distributors we are ranked in the top 100, as mentioned in the industry magazine, “Promotional Marketing Magazine”. We carry over 800,000 apparel and incentive products, and our structure enables us to offer hometown quality service with the standards and resources of a national organization. Our business is all about building long term relationships and instilling confidence in our customers. We build these relationships by learning about our customer’s marketing goals and strategies and offering suggestions inside and outside of the box. Kevins Worldwide® produces and delivers the products our customers ordered, on time, as they expect them to be delivered, exactly as promised.

Kevins Worldwide® is proud to be a family business.

Current family members include father Larry, and sons Kevin and Scott. All three family members are on premise every day and are focused on constantly improving operations, creating lasting client relationships and developing a work environment that is motivating and productive.

Larry attended Lehigh University in Bethlehem, PA before serving his country in the Army Reserves, stationed at Fort Knox, KY. After his honorable discharge, Larry began his career in the apparel industry in the Management Training program with Leslie Fay. He advanced through the ranks to become General Manager, at the tender age of 30, with complete responsibility for the 2,400 employee Wilkes-Barre, PA plant operation.

After 10 years with Leslie Fay, Larry decided to strike out on his own with the purchase of Linden Dress in Scranton, PA. The business grew and prospered, with Larry acquiring additional apparel factories, Goodmanor Dress in Scranton, PA and GT Manufacturing in Larksville, PA. During this time Larry also became a restaurateur with the launch of Tink’s Restaurant in Scranton, PA. Larry subsequently sold GT Manufacturing and Tink’s and in 1994 liquidated his remaining holdings to launch, with his son Kevin, Kevins Wholesale LLC.

Kevin Tinkelman, along with his father Larry, started Kevins Wholesale LLC in 1994, and serves as Managing Director. In this role, Kevin’s primary focus in operations is overseeing the IT, quality assurance, production and retail facets of the business. Kevin has had significant impact on profitability and growth, expanding the company from a 4,000 square foot facility to the current 85,000 square foot facility.

Scott joined the family business in 2002, and focused mostly on Sales for the first 17 years. In that role, Scott was responsible for managing the explosive growth of the company, and the aggressive marketing strategy. Additionally, Scott was charged with helping to maintain the high standards of service that became the signature aspect of the KWW experience. During that time, besides Sales and Marketing, Scott was instrumental in expanding overseas sourcing, and broadening our lines to include every major name brand in both apparel and promotional items.

In 2019 Scott accepted the role of President, where he became more involved in operations and IT, leading the team to implement six sigma principles, so that the procedures were improved to create a better client experience. In helping to create a more efficient organization, Scott was focused on creating a scalable operation for continued growth.

Scott obtained his BS with honors from the University of Pennsylvania’s Wharton School of Business, and holds an MBA from UCLA’s Anderson School of Management. Scott’s background started in the banking industry, but quickly transitioned to the music industry working on tours for bands such as Sting, Pearl Jam, and the Beastie Boys. Scott has also worked for House of Blues, Universal Music, Best Buy, Lollapalooza, and the HORDE Festival.